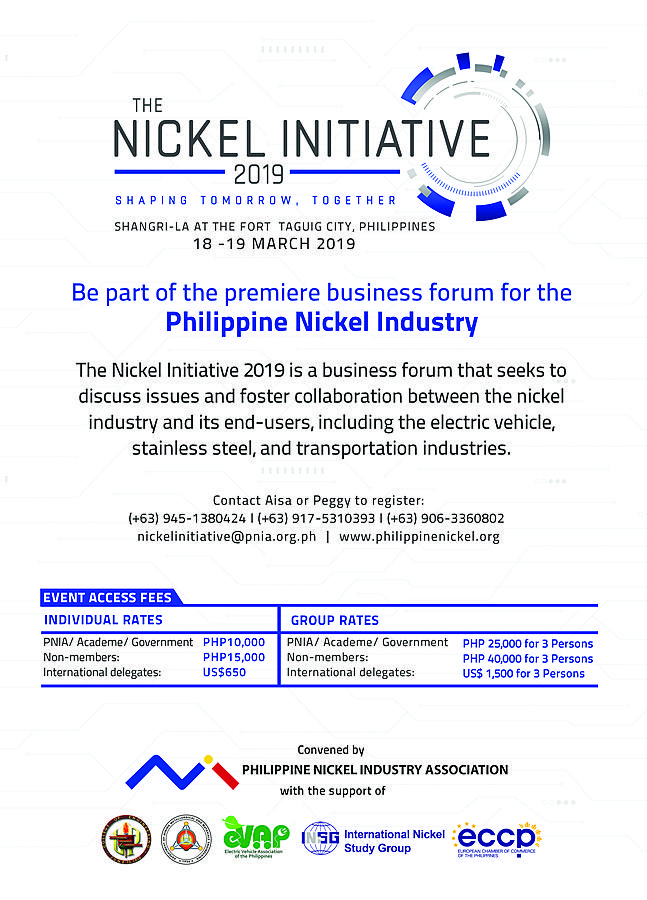 The Nickel Initiative 2019 is the premiere business event in the Philippines that tackles issues that cut across multiple industries involved in the nickel supply chain, its inter-relationships, and potential areas for collaboration.  Featured industries include companies involved in exploring, extracting, and processing nickel as well as businesses that utilize nickel as a key resource, such as e-vehicle, transportation, and infrastructure.

- Enable discussions and identification of cross-cutting issues impacting nickel and other industries critical to economic and sustainable development.

- Identify and pursue potential business and development opportunities for key industries in the Philippines, including nickel and other mineral industries, infrastructure, and e-vehicle.

- Open doors for improved networking and collaboration among stakeholders and industry players locally and abroad. 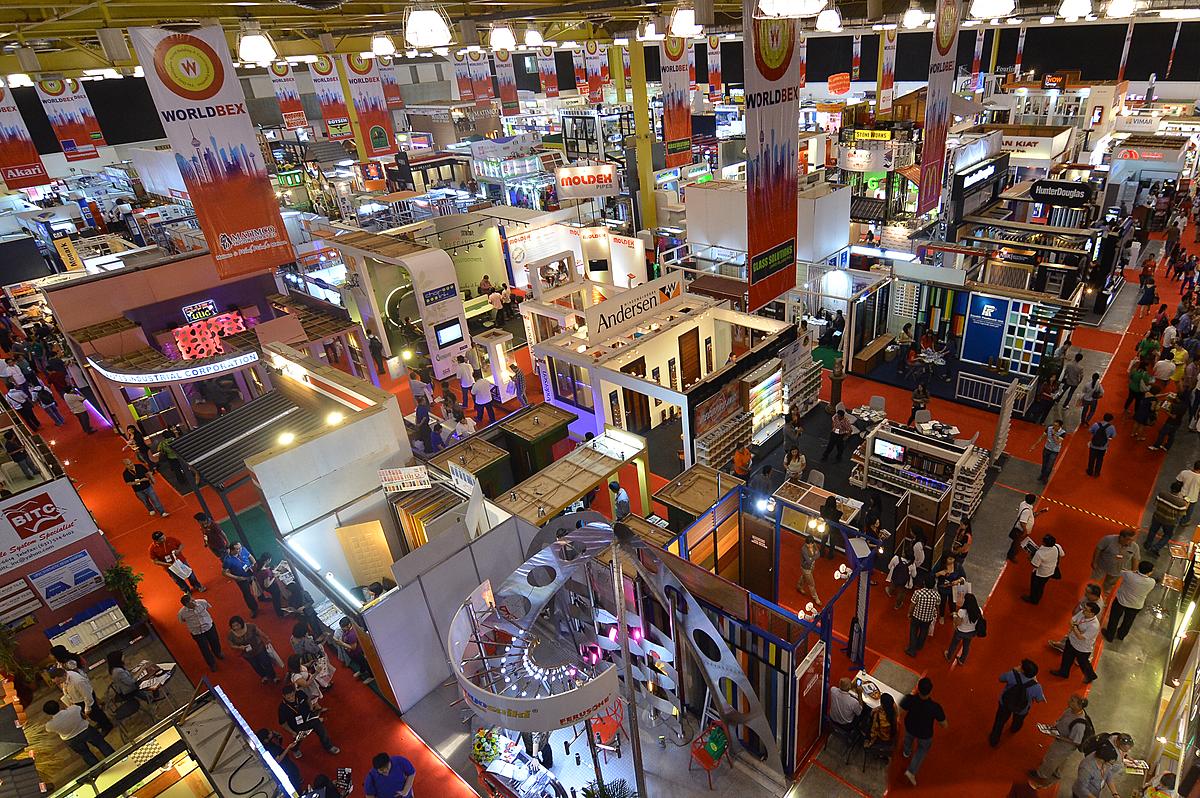 WORLDBEX 2020: A Legacy Built on Excellence 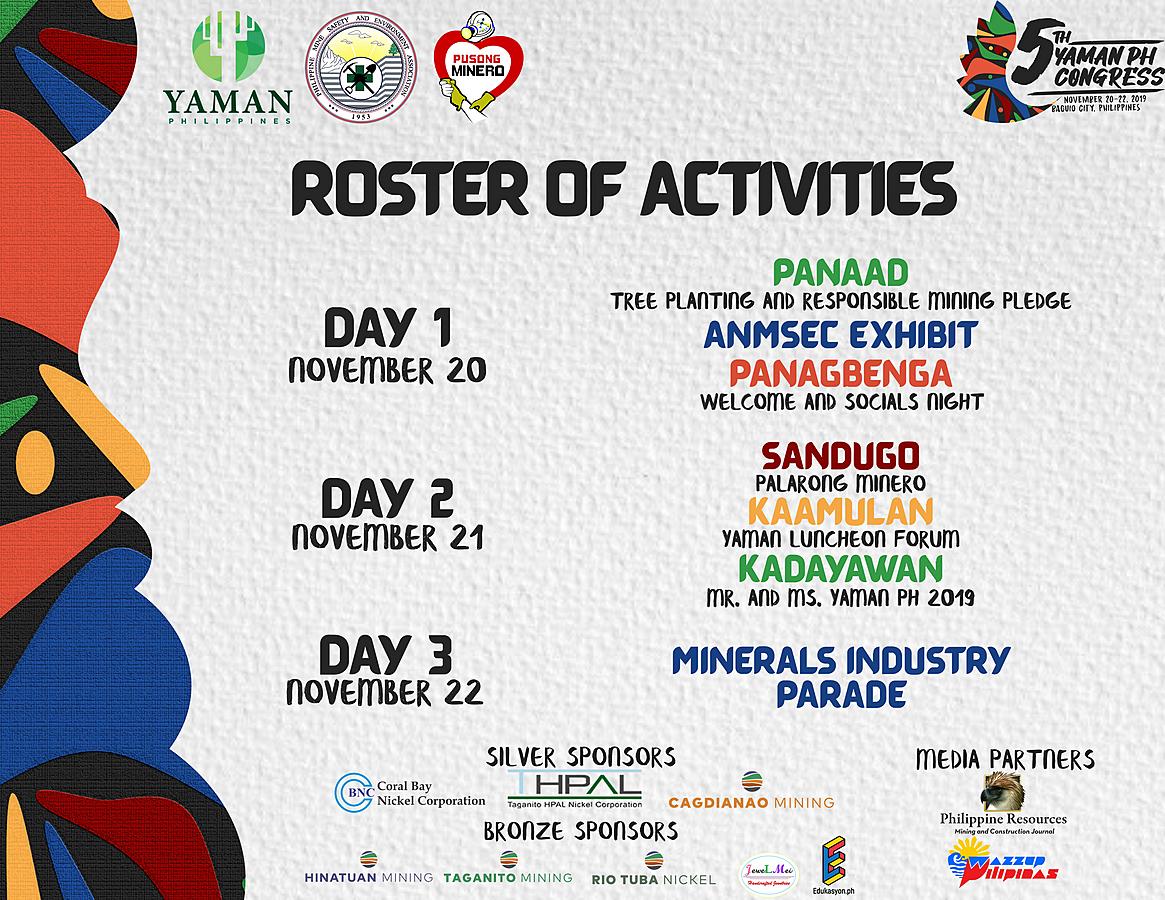 Half a decade ago, Philippine Mine Safety and Environment Association (PMSEA), the country’s forerunner in the promotion of responsible mining created a platform for students taking up programs in the field of geology, mining, metallurgical engineering and other related sciences to experience the industry early in their student life. That platform was made possible by the convergence of student leaders from Adamson University, Mapúa University, and the University of the Philippines. These universities would later be joined by Saint Louis University – Baguio. We started as PMSEA Student Congress, then National Minerals Industry Student Association (NAMINA), then what is now the Philippine Youth Association for Responsible Mining and Natural Resources (YAMAN PH). Through this platform, came into fruition the YAMAN PH Congress, always in conjunction with the Annual Mine Safety and Environment Conference (ANMSEC) of PMSEA in Baguio City every third week of November. Students from across the country are invited to take part in this week-long activity. The highest participation with around 800 students was recorded in 2016. Majority of which came from Visayas and Mindanao. As of today, the organization has also planted more than 2,000 trees in Baguio City, and Pangasinan through Northern Cement Corporation. Through PMSEA and its generous partners and sponsors, the students are given the opportunity to experience responsible mining in Baguio City where it is believed to be the cradle of responsible mining in the country. With their vision as a youth organization, they aspire to lead the positive transformation of society’s understanding of responsible mining and conserving natural resources by influencing the youth to create and be socially proactive stewards of the environment for the projection, promotion, and protection of the country’s minerals industry and natural resources. Through these short years, what PMSEA and YAMAN PH had created is a transformative space for learning and training ground for the future of one of the country’s needed industries. 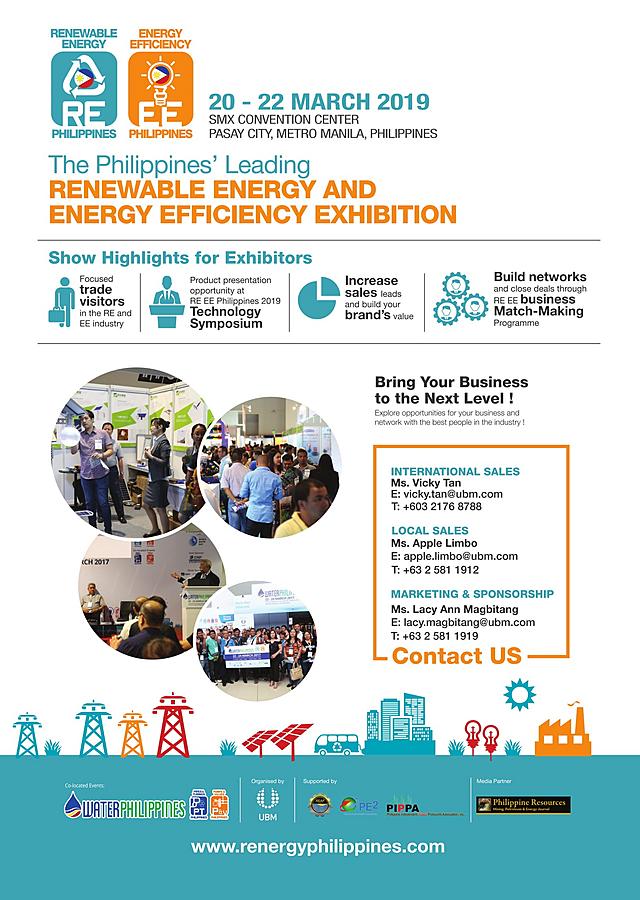 Despite the resumption of many mining operations in the region, the Philippines is unlikely to fulfill China's nickel ore requirements, according to an S&amp;P report. Philippine mined nickel production is expected to increase over the next five years, according to an S&amp;P Global Market Intelligence industry survey, as producers aim to satisfy Chinese nickel ore demand. However, S&amp;P analysts said, “We believe that legislation will remain a major hurdle for restarts and new projects, therefore the Philippines will be unable to meet Chinese nickel ore demand over our forecast period.” Three nickel mines in the world that had been closed due to the coronavirus disease in 2019 were reopened in 2020 when the government turned to the mining industry to help offset the economic effects of the disease (Covid-19). These restarts and demand from current mining facilities, according to foreign analysts, are expected to raise Philippine mined nickel output from 340,000 tonnes in 2020 to 550,000 tonnes in 2025. “However, we believe that existing environmental restrictions on Philippine mining will limit the scope for further mine restarts or additional production from new mining projects in the medium term,” S&amp;P analysts said. “This will prevent the Philippines from meeting China’s nickel ore requirements in Indonesia’s absence, driving Chinese primary output down from an estimated 715,000 tonnes in 2020 to 490,000 tonnes in 2025.” The Philippine Nickel Industry Association (PNIA) previously reported that the country's nickel export value increased by P1 billion from January to September 2020, compared to P24 billion in the same timeframe last year. According to a survey from the Mines and Geosciences Bureau (MGB), the Philippine nickel industry produced 18.5 million dry metric tons (DMT) in 2020, down 14% from the previous year's 21.6 million DMT production. MGB stated that the lower output was primarily due to the increased community quarantine imposed by Covid-19 from March to May 2020, during which mineral product movement was restricted across the world. The increased performance in export value for the nickel industry, according to PNIA President Dante Bravo, was primarily motivated by demand increases in nickel prices. China's consistent demand boosted the world nickel price in 2020.

Forecasts for PH Development in 2021 Have Been Reduced

Fitch Solutions, a London-based think tank, has slashed its economic growth forecast for the Philippines this year, citing the return to tough lockdown measures in the wake of the COVID-19 outbreak, which is expected to dampen domestic investment in the short term. Fitch Solutions now expects the Philippines' actual gross domestic product (GDP) to rise by 5.8% this year, down from the initial estimate of 7.6%, due to the government's capital spending push being derailed. “The surge in COVID-19 cases in the Philippines in March and lockdown measures imposed reflect the continued risks to the archipelago’s economic outlook,” the think tank said in a research note dated April 1. The government has reimposed curfew policies in Metro Manila and neighbouring provinces, affecting an unprecedented 24 million inhabitants, as it struggles to control the pandemic. Given the continuing increase in cases and the long-term effect on hospital capacity, Fitch Solutions expects the lockout steps to be extended beyond two weeks. “The likelihood of further outbreaks in other regions remains high and given the slow vaccination rollout in the country (less than 1 per cent of the population has been vaccinated as of end-March) we believe the Philippines’ recovery will continue to be hampered by the pandemic,” Fitch Solutions said. Regional outlook The think tank went on to say that its new estimate of 5.8% also had downside risks. It stated that its forecast for a moderate recovery this year was based on the assumption that domestic demand would steadily improve and the government's investment plans would be realized, resulting in a sharp increase in domestic activity. “However, the slow vaccine rollout and recurrent difficulties in containing outbreaks look set to stall the recovery further,” it noted. A survey of economists in the Asean-5 and India found that the Philippines' growth projection was 5.2 per cent, down from 5.9 per cent in the previous poll last December. Although Asian countries that carried out mass vaccination earlier, such as India, Indonesia, and Singapore, saw their near-term economic prospects boost, gradual inoculation tempered economists' growth aspirations for the Philippines, according to a poll released on Monday by the think tank Japan Center for Economic Research (JCER). Economists following the Philippines predicted that GDP will contract by 3.8 per cent year on year in the first quarter, up from 0.7 per cent a year before. GDP will rise 8.4% year over year in the second quarter, 5.6 per cent in the third quarter, and 4.5 per cent in the fourth quarter due to base effects from last year's low. Malaysia and Thailand, including the Philippines, have weaker growth forecasts for 2021. “Most economists see the rollout of COVID-19 vaccination as one of the most significant positive developments over the last three months and all three upward-trending countries have rolled out vaccinations relatively sooner. This may have improved economists’ outlooks. Delays in vaccination and the spread of COVID-19 variants are listed as factors that might damage the economies,” JCER said. Top concerns Faster dissemination of COVID-19 variants and delayed vaccination, or "corona shock," were described as top economic issues in the Philippines, but higher inflation was also identified as a major threat to the country's recovery from the pandemic-induced recession. According to analysts, headline inflation will average 4.5 per cent in the first quarter, 4.8 per cent in the second, 4.7 per cent in the third, and 4.2 per cent in the fourth quarter, averaging 4.5 per cent in 2021, way above the target range of 2-4 per cent. With a 6.1 per cent increase, Singapore is forecast to lead economic growth in the Asean-5 this year, led by Malaysia's 5.3 per cent and Philippines' 5.2 per cent. According to the JCER report, India will rise at a higher rate of 11.2 per cent in 2021. Economists predicted that the Philippines' average GDP growth will be 6% in 2022, up from 5.8% in December but still below the government's goal.

The Department of Public Works and Highways (DPWH) is concentrating not only on the civil work’s development of the Estrella-Pantaleon Bridge Project but also on keeping the workplace secure and clean. DPWH Secretary Mark A. Villar said, "that at 86 per cent and with just a few more days to fully complete the new Estrella-Pantaleon Bridge, we are mindful that a single case of COVID-19 in the project can lead to an interruption, if not total work stoppage" Secretary Villar recently issued revised guidelines in Department Order #30 for the implementation of ECQ, MECQ, GCQ, and MGCQ infrastructure projects, both public and private, during the public health crisis. "Although the bridge project is being rushed for completion in June 2021, it is critical that construction firms be proactive rather than reactive in dealing with the increased risk of illness from COVID-19," Secretary Villar added.  Emil K. Sadain, Undersecretary for Unified Project Management Office (UPMO) Operations, and UPMO Roads Management Cluster 1 Project Manager Benjamin Bautista checked the physical progress of the bridge project on Monday, April 5, 2021, and the contractor's compliance with protocols that cover prevention, detection, and rapid response to maintain construction work continuity as workers who have been living in the barracks resume work after the Lenten season. “Let’s get to work healthy to get the job done”, Undersecretary Sadain reminded the contractor China Road and Bridge Corporation citing the current health situation, particularly in the NCR Plus bubble.   In his report to Secretary Villar, Undersecretary Sadain reported that the project is more than 12% ahead of time, having completed all bridge substructure works for abutments A and B on both sides and piers of the Makati approach bridge; the V-shaped piers for the Main Bridge; concrete box girder for the approach bridge; and the V-shaped piers for the Main Bridg; and two (2) prestressed concrete box girder segments using the traditional approach. Post-tensioning and grouting works, formworks and rebar installation for the closure section in the side spans, formworks installation for the 2-meter closure section in the main bridge span, and preparatory works for approach road construction on both sides are now the focus of bridge construction activities. The new 506-linear meter bridge, funded by China and introduced by the DPWH UPMO - Roads Management Cluster 1 (Bilateral), would have a diameter of 21.65 meters, capable of four (4) lanes instead of two (2), and three-meter sidewalks on both sides. The P1.46 billion new Estrella-Pantaleon Bridge, which is scheduled to be completed in the second quarter of 2021, will handle 50,000 vehicles a day and minimize travel time between Mandaluyong and Makati to 12 minutes. The bridge will connect Estrella Street in Makati to Barangka Drive in Mandaluyong, helping to relieve traffic congestion on EDSA by providing an alternative route for motorists.