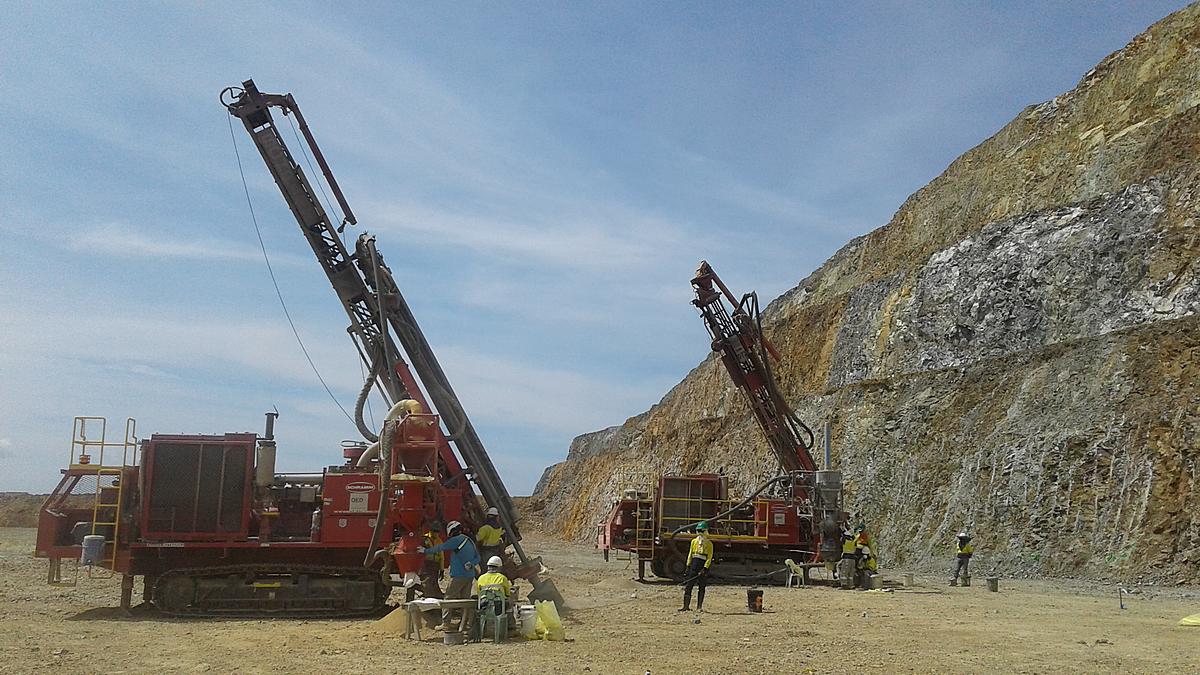 For the past six years of operations as a drilling contractor at the Masbate Gold Project (MGP), Quest Exploration Drilling (Philippines), Inc. has reached its goal of 1,000,152 safe manhours with 2,141 days without lost time injury (LTI) as of the day shift of November 12, 2021.

The team has drilled over one million meters during this period.

With an excellent commitment to safety and productive performance, QED started its RC in-pit grade control operations at the mine site in Aroroy, Masbate with a contract signed with MGP’s owner, Filminera Resources Corporation, in 2013.

In an interview with the Philippine Resources Journal, Wayne Smith, QED’s contract manager at the site, revealed detailed insights behind their safety performance.

Smith explained that the team in Masbate has been working together for the past nine years.

“Our Masbate operations is basically run by a close team. We train and grow our employee’s knowledge on safety at work and at home to prevent incidents at all times. This process starts from Day 1 of their employment with QED,” Smith said.

At QED, everyone understands that a safe operation comes with hard work. Having the need to create a safe work culture requires effort from all team members. Through the commitment of the management, supervisors, and site safety personnel, coaching and mentoring became an integral part of daily routine for the Masbate team.

“We have to refresh and remind employee’s all the time to continue with our safety culture to make sure we all go home safely each day from work. The same mindset applies with safety outside of work as well,” Smith explained.

The pandemic has extended safety protocols to the households of each member of the Masbate team. Like in the past, the management has constantly reminded employees to practice what they learned from their training when they are at home, especially during occasions like Christmas breaks where people tend to lower their guard against unsafe practices.

This part of the QED team’s “safety culture” has made dealing with COVID-19 easier. To prevent virus contamination, the movement of people from their homes to the workplace must be regulated. Getting used to safety discipline while at home contributed well to the adaptation process.

Safety as a science is basically a system of establishing control measures. To implement such controls, the team uses a systems-based approach to manage training and to effectively run safety meetings and pre-task risk assessments. The system also includes communicating safe working procedures, inspections, and auditing processes.

“Without these systems being in place, which gives a structure to the relationship between us (as the contractor) and the client, we would not have the control measures in place to prevent accidents from occurring,” Smith said.

With over 50 people on board, QED’s Masbate team has been honed in the last nine years to face a long mine life. “Doing the things we have been taught to do” is a mantra for everyone in the QED management and workforce.

Smith observed that a key element in their success is cultivating professional honesty among each team member. Training won’t work if some people still have the tendency to cover up mistakes, he said.

“If you made a mistake and failed to report or concealed your actions, how would we fix it?” Smith often ask his team.

Maintaining an open communication line between and among members of the team allows the reporting system to smoothly flow.

On the positive side, initiatives that add value to everyday safety performance was not left out. Smith said motivations like giving commendations and rewards is also part of their organizational system. 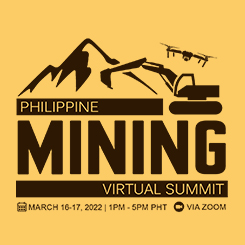 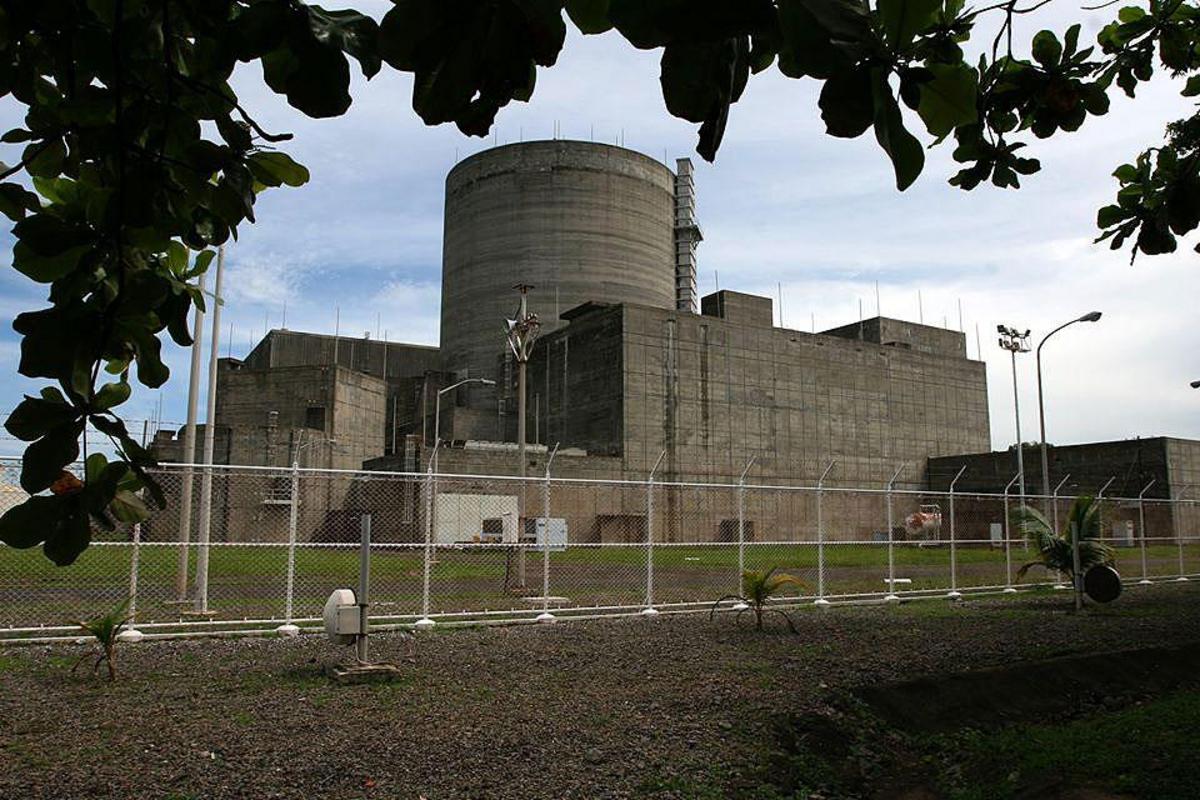 Department of Energy (DOE) Undersecretary Gerardo Erguiza Jr. said there is a need to amend the Electric Power Industry Reform Act (EPIRA) to enable the government to invest in nuclear power plants. This, as the incoming administration has expressed its support in considering a nuclear power plant to be part of the country’s energy mix. “As of now, the government does not have the ability to put up conventional nuclear power plant because the National Power Corp. does not have mandate on this,” Erguiza said in Filipino during the Laging Handa public briefing Wednesday. With the privatization of the power sector under the EPIRA, the government could not enter into power generation. “But we can align together, with the drafting or putting up of the regulatory framework, we can amend our laws to include the government among those that can fund a nuclear power plant,” he added. Erguiza said that based on studies of the Korean Hydro Nuclear Power Company of South Korea and ROSATOM of Russia, they have found out that the Bataan Nuclear Power Plant (BNPP) can still be rehabilitated. According to ROSATOM, an investment of around USD3 billion to USD4 billion is needed to revive the BNPP. Presumptive President Ferdinand “Bongbong” Marcos Jr. earlier mentioned that part of his energy agenda is to revive the BNPP to become an additional source of clean and cheap power. On the other hand, Erguiza said the government can invest in power generation using small modular reactors, the latest nuclear energy technology, in missionary areas that are not connected to the grid. 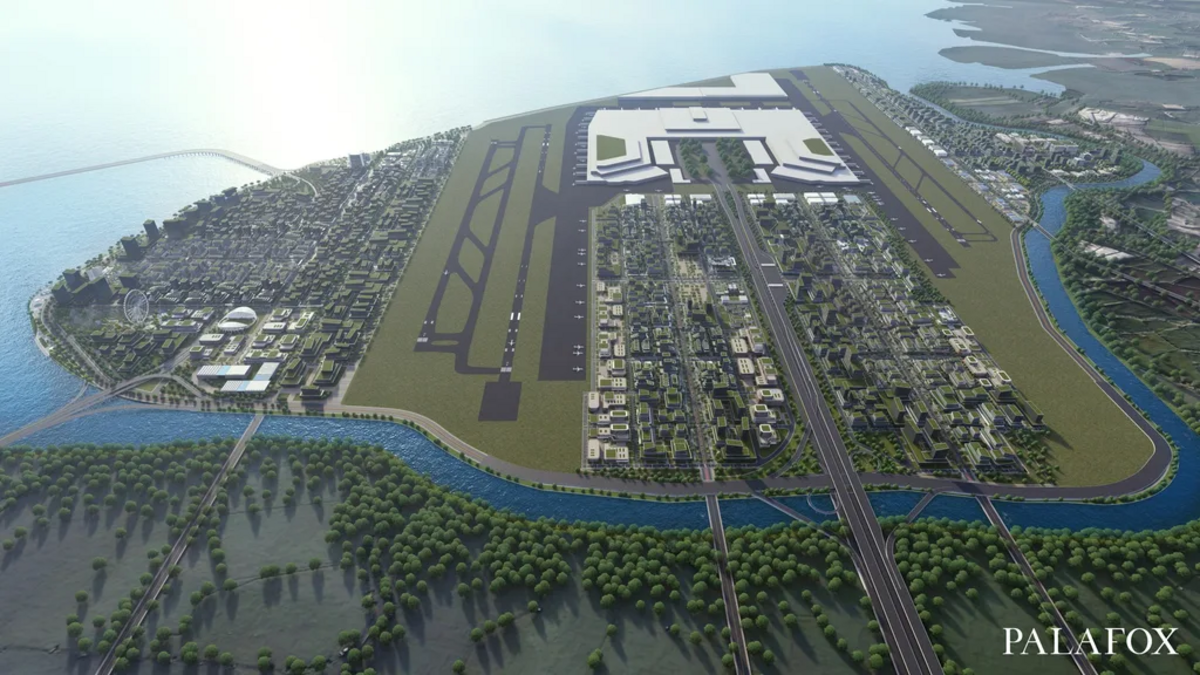 Photo credit: Palafox Dutch gov’t backs SMC, Boskalis in P740 billion Bulacan Airport project San Miguel Corporation (SMC) received its strongest support yet for its game-changing P740-billion New Manila International Airport (NMIA) project in Bulacan following the approval of the Dutch government of an export credit insurance (ECI) for the project’s land development phase. The approval comes after over a year of rigorous review of the project’s long-term environmental and social impact mitigation measures to ensure that the multi-billion project is done with sustainability in mind and aligned with the country’s climate ambitions. The Dutch government, represented by Atradius Dutch State Business (DSB), extended the ECI to Royal Boskalis Westminster N.V., to cover its EUR 1.5 billion contract for land development works at the airport project site in Bulakan, Bulacan. The NMIA project is the largest in Boskalis’ over 100-year history, and is also the largest export credit agency (ECA) insurance policy granted in the 90-year history of Atradius. SMC President and Chief Executive Officer Ramon S. Ang thanked the Dutch government for its support to NMIA, a project seen to catalyze sustainable economic growth for the Philippines, especially post-pandemic. It is seen to deliver over a million jobs to Filipinos. “This is a significant milestone not only for San Miguel and the NMIA project, but for the entire country. With this, we are closer to our dream of having a world-class, future-ready, and sustainably-built international gateway, proudly built by Filipinos for the Philippines. This also validates our work with Boskalis to ensure that this project is done right, and will provide long-term economic, environmental, and social benefits to our host communities and Bulacan province,” Ang said. In a statement posted on Boskalis’ international website, its CEO Peter Berdowski, said: “I am very pleased that all the hard work with a large team of experts has been successfully completed (today). For more than a year, we have worked intensively with Atradius DSB to ensure that the construction of the new airport will take place in a socially responsible manner.” He added: “In collaboration with Atradius DSB, the Dutch embassy, we succeeded in developing a broadly supported plan with an eye for the local community and the preservation of biodiversity. I would like to thank all those involved for their contribution to the positive decision of the State.” In the same statement, Atradius DSB Managing Director Bert Bruning said: “This project is unique on so many levels. Firstly, of course, as a very important contract for our client Boskalis, but also for us, as the largest ECA policy in our 90-year history,” he said. “In addition, I am proud of the fact that together with Boskalis and San Miguel, by keeping up the dialogue, we were able to ensure that the project is to meet international standards in the field of environmental and social conditions. In doing so, we have not only contributed to making this wonderful contract possible built also really made a difference together for the local communities and nature.” As part of the ECI process, a large group of experts from San Miguel, together with Boskalis and four renowned consultancy firms, conducted an extensive environmental and social impact assessment in accordance with the highest international standards. This process also included the conduct of impact analyses and compensation packages for adverse effects of the project. “This shows that the airport project and our environmental and social mitigation plans are not only sound, but robust and strong, given they can pass not only international standards but the exacting requirements of the Dutch government. It is another testament to the ability of Filipinos to be world-class,” Ang said. “We will continue to work with Atradius, the banks, experts, national and local government, and all stakeholders to ensure we will build this project in a sustainable manner and in compliance with the highest international environment and social standards,” Ang reaffirmed. added. The airport project will feature four parallel runways, a world-class terminal, and a modern and interlinked infrastructure network that includes expressways and railways.    Article courtesy of San Miguel Corp 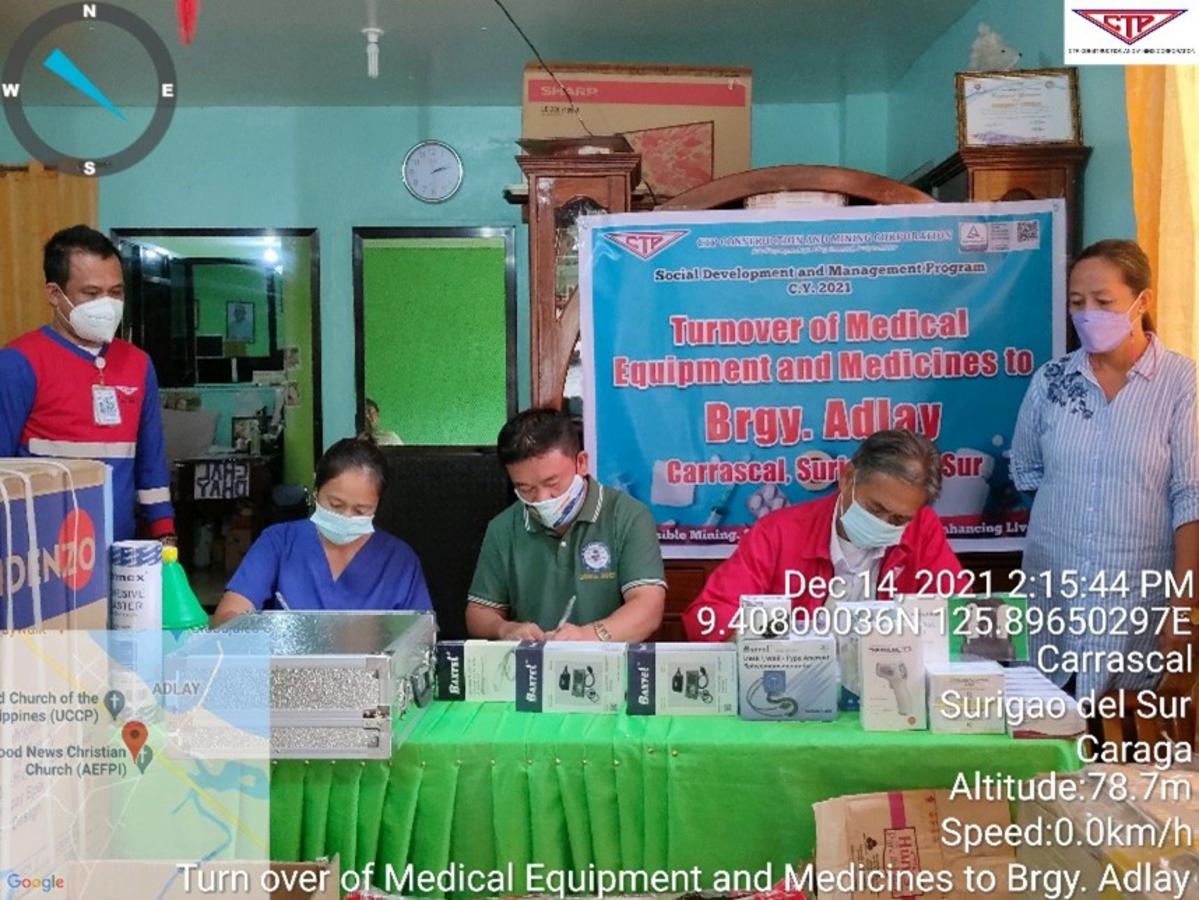 Article by: Roniel R. Arguillas - CTPCMC ICE Officer BAYANIHAN AMIDST THE COVID-19 BATTLE In order to protect and improve the lives of the people within the host and neighboring communities pursuant to Republic Act (RA) No. 11469 or the “Bayanihan to Heal as One Act”, CTP Construction and Mining Corporation or CTPCMC allocated 7.7 million pesos intended for the implementation of projects, programs, and activities (PPAs) on COVID-19 prevention. Through its Social Development and Management Program (SDMP) under Adlay Mining Project (AMP) and Dahican Nickel Project (DNP) the company implemented essential PPAs in the year 2021. The beneficiaries of PPAs were from the Host and Neighboring communities specifically Barangay Adlay, Barangay Dahican and Municipality of Carrascal. With an allocated budget of P2,060,803.78, a Covid-19 Assistance Center was put up to be the second line of support to the host communities if their existing Isolation Rooms have been fully occupied. The company’s employees and their dependents are to be prioritized in the center. The center is offering services which include free isolation room for those who are identified and confirmed as covid-19 patients, free vitamins, and over-the-counter drugs, 24/7 monitoring by health personnel and stand-by oxygen concentrators. Another PPA was the provision of 59 medical equipment and kits to Barangay Adlay. The provision included pulse oximeter, thermal scanner, LCD full digital ultrasound machine, hospital bed and refrigerator as vaccine storage. The turnover was done on December 14, 2021, held at Barangay Hall of Adlay. It was attended by Engr. Charlo R. Basadre CTPCMC Resident Mine Manager, Charid O. Cuadrillero ComRel Manager, Hon. Norberto O. Rubi Jr. Barangay Captain, and Raquel Bungcaras assigned nurse.  “These are very essential and a huge help to the key front liners and to the people within the community.” Hon. Rubi said during the turnover. The company also provided two SDMP Emergency Response Vehicles for health-related emergencies.