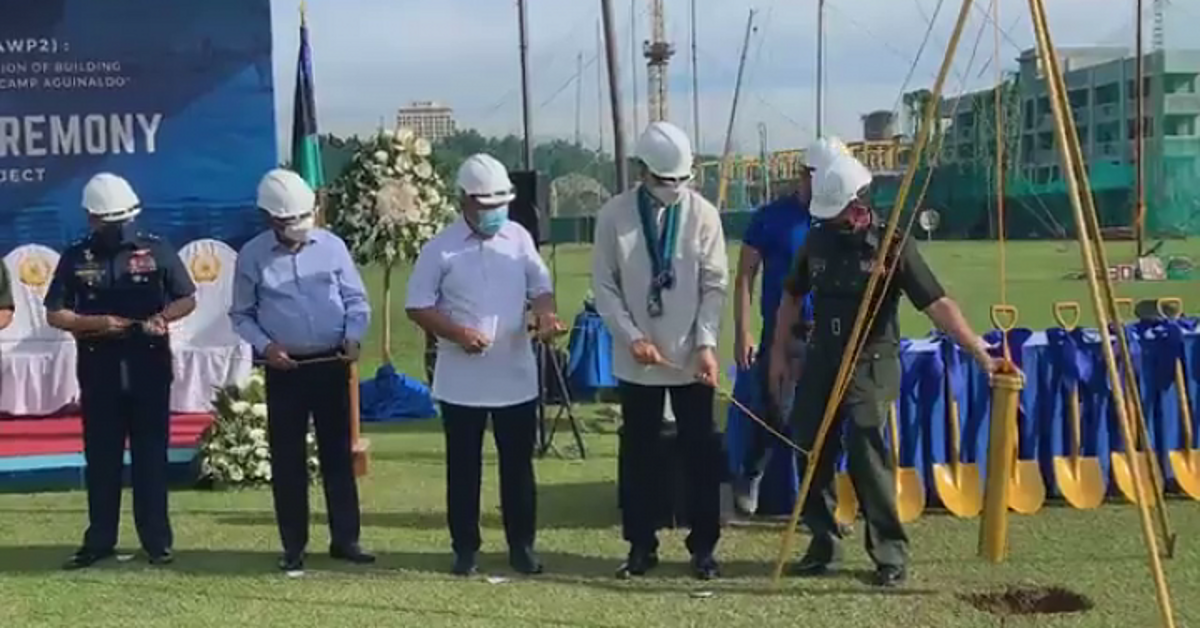 Officials of the Department of Transportation (DOTr), the Department of National Defense (DND), and other uniformed services during the ceremonial groundbreaking of the Metro Manila Subway Project’s (MMSP) Advanced Works Package 2 at Camp Aguinaldo in Quezon City on Thursday. DOTr Assistant Secretary Fidel Igmedio Cruz, Jr. said the advanced works package would replicate or improve DND-AFP structures and facilities that will be affected by the construction of MMSP buildings and facilities at Camp Aguinaldo. (Screen capture of DOTr video)

The pre-construction works for the Metro Manila Subway Project (MMSP) at Camp Aguinaldo have officially begun on Thursday through a groundbreaking ceremony.

During the event, Department of Transportation Assistant Secretary Fidel Igmedio Cruz Jr. said the ceremony marked the beginning of the construction of 192 housing units, repair and rehabilitation of Warehouse No. 1 and supply unit, general headquarters and headquarters service command, and construction of the medical gas and manifold vacuum plant housing at Camp Aguinaldo.

These structures and facilities are part of the MMSP’s Advanced Works Package 2 and are meant to replace or improve those affected by Metro Manila Subway in Camp Aguinaldo—where the MMSP’s Katipunan Station will be located.

The project package, he said, was awarded to and will be built by a local contractor, Specified Contractor and Development Incorporated.

“'Yung packages MMSP 102 and 103 are about to complete procurement. That's why ito po 'yung advanced package para ma-clear 'yung right-of-way nung madadaanan ng train (MMSP packages 102 and 103 are about to complete procurement. That’s why this advanced package has commenced so that we can clear the right-of-way for the train service),” Cruz said.

To date, he said the detailed designs for the MMSP are at 60 percent complete while the replication and improvement of affected facilities at the Veterans Memorial Golf Club—where the MMSP’s North Avenue Station will be located—is at 45 percent complete.

In total, he said five DND-AFP properties would be developed to create “convenient access points and multi-modal transport plazas” for five subway stations.

Some stations of the Metro Manila Subway System will rise on government properties, such as Camp Aguinaldo, to ensure that it is accessible to the riding public.

The MMSP is a 33.103-kilometer underground rail system traversing Ugong Valenzuela to the Ninoy Aquino International Airport Terminal 3 and aims to accommodate up to 370,000 passengers per day by its first year of operation. By Raymond Carl Dela Cruz 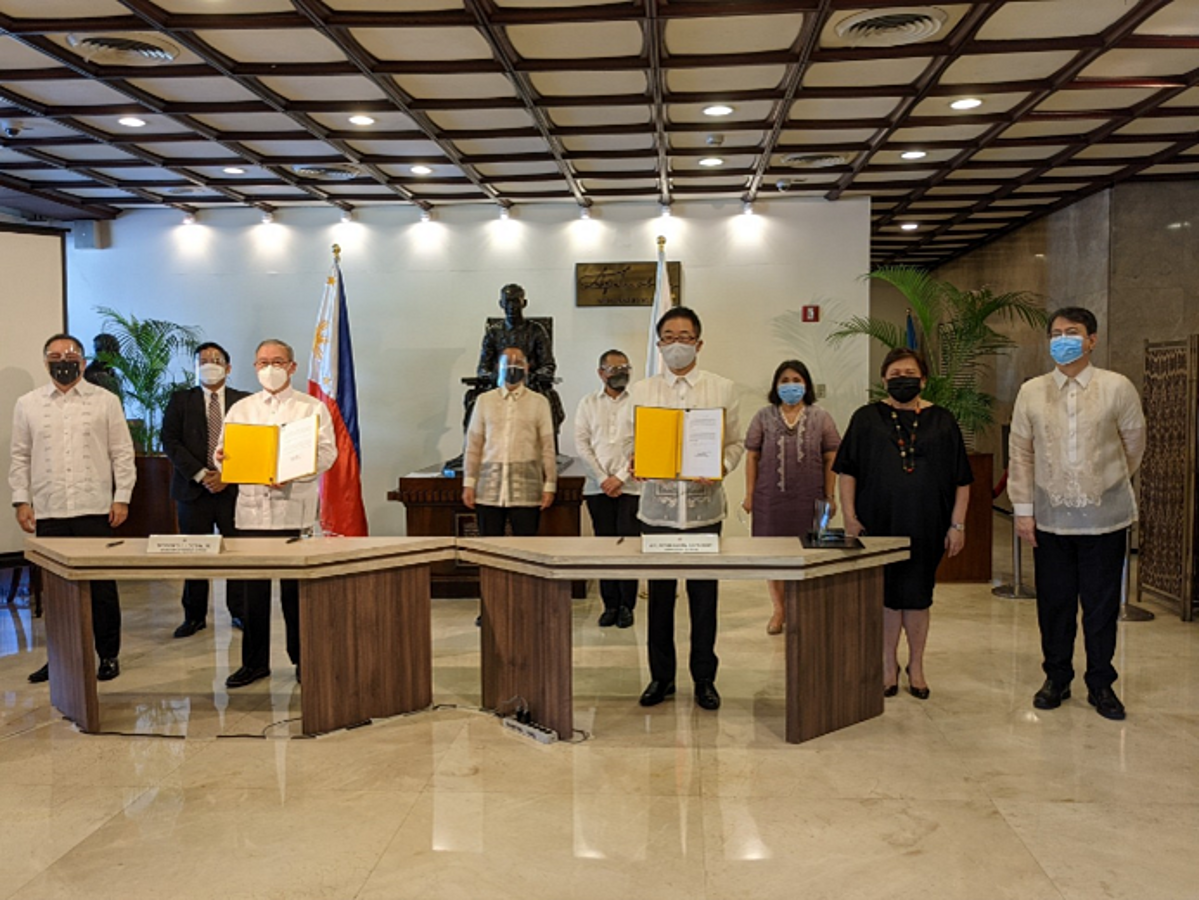 Japanese Ambassador KOSHIKAWA Kazuhiko and Foreign Affairs Secretary Teodoro Locsin Jr. signed today the second tranche of the 253.307 billion yen (253,307,000,000) financing for the Metro Manila Subway Project (phase 1). The Metro Manila Subway will be the Philippines' first completely underground railway system, began the construction in February 2019, funded by the Government of Japan. This 27km subway project is one of the flagship developments under the Build, Build, Build program, which will live on for generations to come. The subway will address the worsening congestion in Metro Manila caused by poor road network and the rising population's demand for transportation. Today’s additional funding will provide for the expansion of the original planning line to include 2 more stations (17 stations in total), a spur line to Ninoy Aquino International Airport and rail tracks that will also be used by the North-South Commuter Train. Japan's assistance, through a variety of ODA support, will provide the Philippine government funds to build this quality infrastructure utilizing Japanese state-of-the-art technologies and expertise from years of railway experience in its design, construction and operation stages. 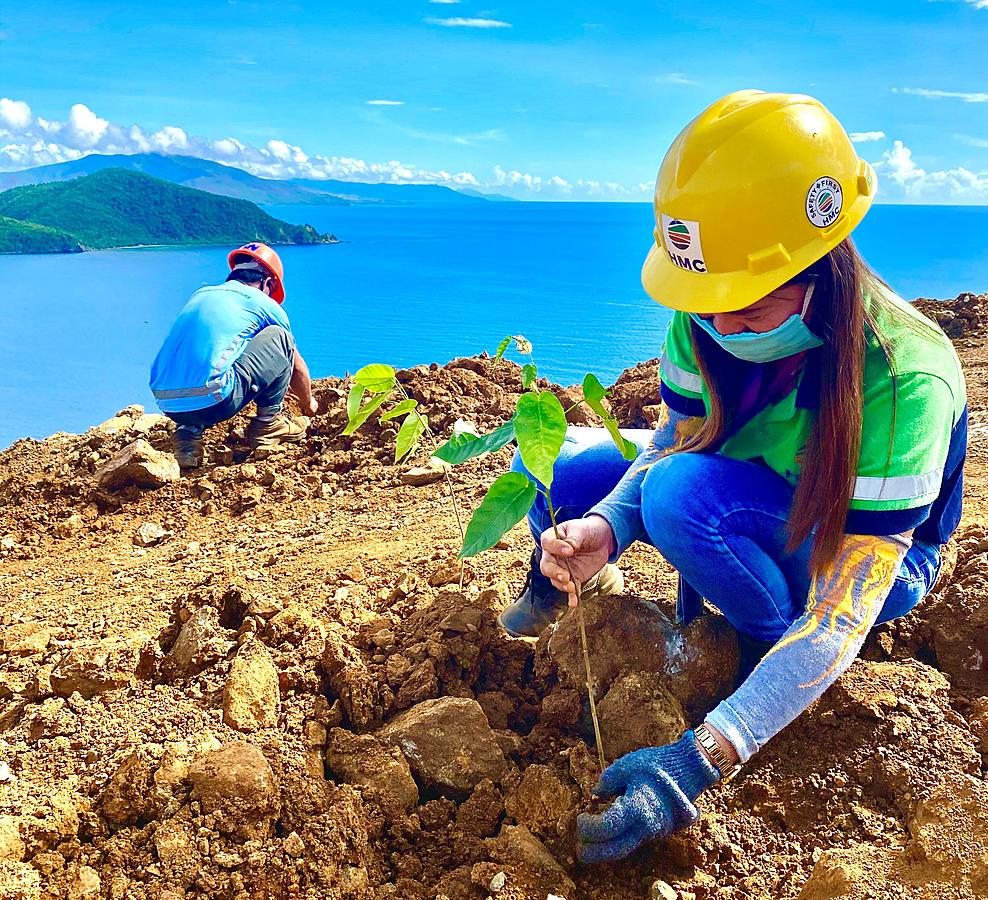 A grand slam in responsible mining

Photo credit: Hinatuan Mining A grand slam win for a mining company simply means being the best in class in its responsible conduct of business; in its forest management and environment enhancement and protection; its social responsibility programs and in providing safety in the workplace and the communities. Hinatuan Mining Corp. (HMC), a subsidiary of Nickel Asia Corp. (NAC) sweeps major honors this year from the country’s most prestigious award-giving body in the mining industry – the Presidential Mineral Industry Environmental Award (PMIEA). “It’s our first time and it’s a grand slam! We still can’t believe it but that these awards were accorded to us during this most difficult time of the pandemic, makes this moment doubly exulting, everyone was emotional when the news first broke, this is the reason for our existence, says Engr. Francis Arañes, HMC’s Resident Mine Manager. HMC, with operations in Hinatuan Island, Tagana-an, Surigao del Norte, takes home the Presidential award for surface mining operations; the Best Mining Forest in the Metallic category; the winner of the Safest Surface Mining Operations; and the winner of the Safest Mining Operation; plus, the individual awards of Best Surface Safety Inspector and Best Surface Miner accorded to HMC’s employees, Aldrin L. Resullar and Jennifer Q. Inting, respectively. The PMIEA is the highest accolade awarded to a mining company.  The evaluation and assessment for this year’s awardees encountered extra challenges with the threats of COVID-19 in the backdrop where movements were limited, the economy threatened, operations delayed, and bringing services to the communities were among the biggest challenge to the company’s community workers. HMC had set its eyes on these awards for years. The company remains steadfast, focusing on specific goals that the award giving body monitors and measures, such as the actual number of hectares to be rehabilitated as mandated by the Mines and Geosciences Bureau (MGB), even going outside of their areas of responsibility in supporting the Philippine National Greening Program (NGP); building a robust forest within the mine site, highlighting eco-tourism programs; setting up its host and neighboring communities to sustainable economic development programs; among other things.  And to ensure that compliance is above and beyond its mandate, HMC underscores the efficiency of reporting, of transparency, giving importance to its Information, Education and Communication (IEC) programs. “The bar in honoring mining companies has been set even higher, what with the added focus on the principles of ESG – Environment, Social and Governance – in the midst of ongoing debates about climate change,” says Engr. Aloysius C. Diaz, NAC SVP and Head of Production. Diaz says the miners, HMC in particular, are now even more cognizant of peer reviews because the world has become more critical in holding the industry accountable for a greener, healthier, and safer future. PMIEA evaluates all facets of a mining company’s responsible and sustainable business practices, keenly focusing on environmental protection and management; and ensuring the health and safety of employees and the total wellbeing of the people in the communities that they serve. The Hinatuan mine site, also known as the “Tagana-an Nickel Project”, is located in Hinatuan Island, Barangay Talavera, municipality of Tagana-an, province of Surigao del Norte. Its area of operations is within the Surigao Mineral Reservation. 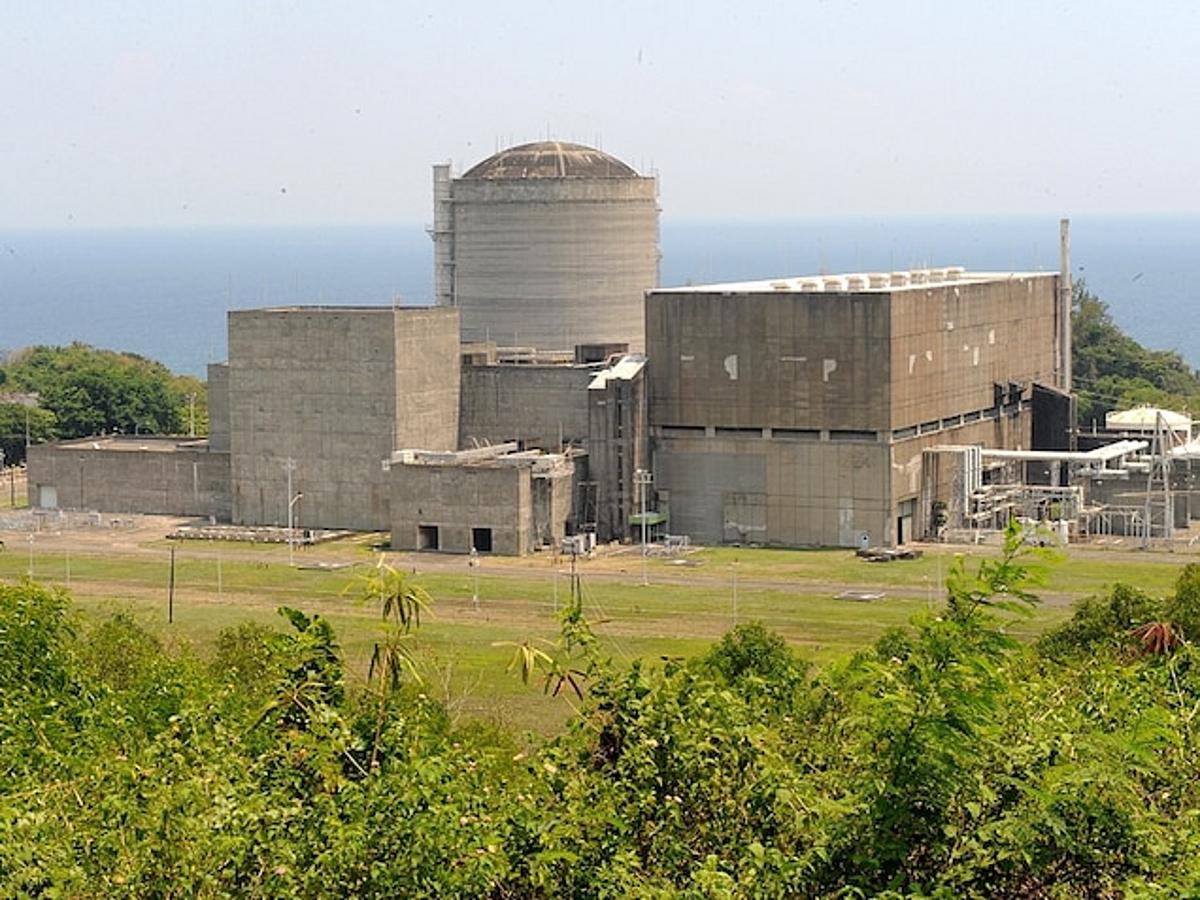 Photo: Bataan nuclear power plant Senator Sherwin Gatchalian is considering nuclear and solar energy as a possible alternative or additional sources of energy in the country. Gatchalian, Senate energy committee chairman, said he favors “in principle” smaller nuclear reactors instead of the bigger ones for flexibility and safety. “Small ones are more flexible and safer. Safer in the sense that it is smaller, deployable, and has the technology that can use nuclear wastes. Of course, it is still in the development stage,” he said in a radio interview on Monday. He said small nuclear reactors can produce energy from 10 to 150 megawatts. Gatchalian, however, does not consider reviving the Bataan nuclear power plant as it will be too risky and too costly to rehabilitate the facility. He said many are also using solar energy with some big companies putting up solar power plants. “I believe it could be part of the energy transition because nuclear is emission-free but the risk is where to put the wastes and if it encounters a problem, the cost is too high. Solar deployment is still a challenge because it is still quite expensive,” he added. Gatchalian said he will file a bill on energy transition following the Department of Energy’s (DOE) move last year banning new coal power plants to accelerate the country’s shift to cleaner energy. “We cannot hasten the energy transition because we will have no source of energy… The energy transition can be 10 years or longer but the important thing is it’s a scientific process to determine how we can transition out of fossil fuel into renewable safely, reliably, and securely,” he said. He added that right now, the country’s energy needs are still good with fossil fuel but it is imperative to jumpstart the transition due to the increasing population and industries. Gatchalian was here on Sunday to turn over his donation of 5,000 sets of personal protective equipment and 50 sacks of slippers to the Region 1 Medical Center. By Hilda Austria   Article courtesy of the Philippine News Agency 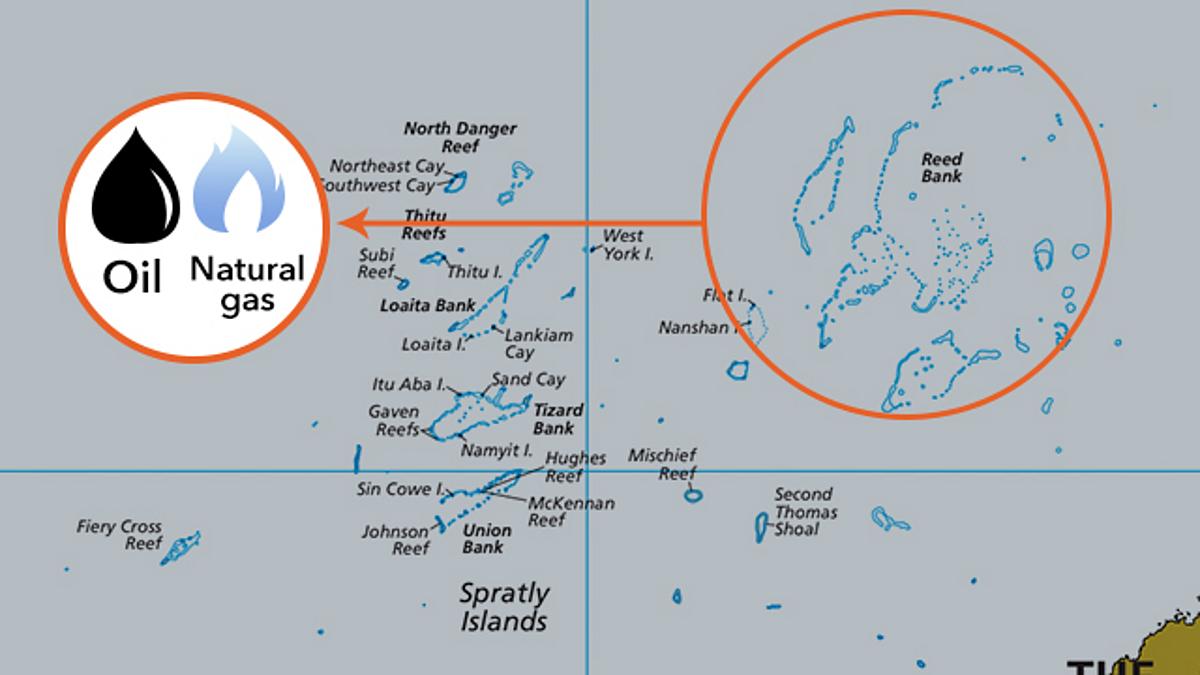 Gas drilling in Recto Bank should push through: Pimentel

Photo credit: Inkl The chair of the House Strategic Intelligence Committee on Tuesday said oil drilling activities in Recto Bank must proceed as scheduled amid rising tensions with China. Surigao del Sur Rep. Johnny Pimentel said the Sampaguita gas field could yield up to USD18.2 billion, or around PHP910 billion, in future royalties for the government, based on a 60 percent net share. “We have no choice but to carry on with the drilling activities because the Sampaguita gas discovery in Recto Bank has the potential to energize the entire national grid – not just Luzon – for the next 20 to 30 years,” Pimentel said. Pimentel said Sampaguita is “an untapped value-changing asset” that would be valuable to the country’s future energy security with up to 4.6 trillion cubic feet of gas, while Malampaya, which has been producing gas for the last 20 years, has only 1.6 trillion cubic feet of residual gas at best. “There is even one study suggesting that the entire Recto Bank has up to 20 trillion cubic feet of potential gas in place,” Pimentel said. The Permanent Court of Arbitration in the Hague ruled in July 2016 that Recto Bank is within the Philippines’ exclusive economic zone, as defined under the 1982 United Nations Convention on the Law of Sea. By virtue of the ruling, Pimentel said the Philippines enjoys absolute rights to exploit all resources in the seamount.   Article courtesy of the Philippine News Agency 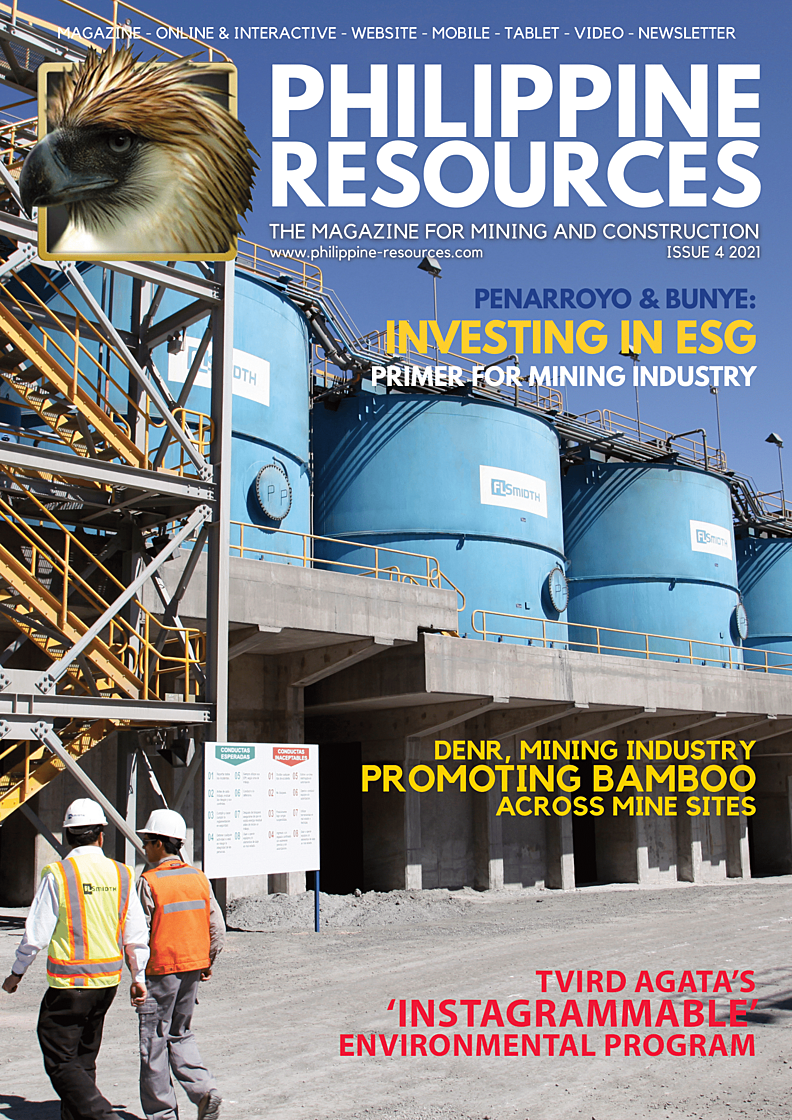